Yearning for a Mahatma and a Saint

The country desperately needs selfless and committed leaders – in the mould of Newman and Gandhi -who have the courage, the vision and the ability to emulate their values and strengths. Saint Newman and Mahatma Gandhi were characterised by their spiritual depth and intellectual honesty.

On Sunday 13 October, Pope Francis will canonize at a ceremony in St Peter’s Square, Rome, John Henry Newman (1801-1890) as a Saint of the Catholic Church. Earlier this month, on 2 October, we celebrated the 150th birth anniversary of Mohandas Karamchand Gandhi (1869-1948). On any count, both are significant events. What is little known however, is the connect between Mahatma Gandhi and Cardinal Newman, and the amazing similarities which marked their lives! Besides, it is interesting to note that Newman had a profound impact on Gandhi.

As a professor in Oxford University, Newman proved to be one of the foremost scholars and thinkers of his time. He could hold vast congregations of students and intellectuals, spellbound with his depth, erudite and brilliant communication skills. He was a spiritual and intellectual giant: a theologian and a poet, a prolific writer and a brilliant orator all rolled in one; as a writer, he was incisive. He became known as a leader of, and an able polemicist for the ‘Oxford Movement’, an influential but controversial group within the Anglican Church, which challenged some of its practices and wanted it to restore some of the important elements in the liturgy which were in the Catholic Church. Newman was a relentless seeker of the truth. In a major shock to the Victorian establishment and intelligentsia of his times, he finally left the Church of England to embrace Catholicism. He converted to Catholicism on 9 October 1845; significantly, (breaking from tradition of keeping the day of the death of a Saint as the feast day), the Catholic Church keeps the feast of Newman every 9 October.

Newman’s most well-known poem-prayer ‘Lead, kindly Light’, (dated 16 June 1833) was apparently penned during his search to do what is right. He wrote it when he was stranded in Palermo Italy for three weeks. He was impatient to return home, but he was sick besides, there was no boat to take him back to England. Newmanwrites, “I began to visit the churches, and they calmed my impatience, though I did not attend any services. At last I got off in an orange boat, bound for Marseilles. We were becalmed for whole week in the Straits of Bonifacio, and it was there that I wrote the lines, ‘Lead, Kindly Light’, which have since become so well known”. In a matter of time, this poem (first published in 1834) became very popular in literary circles and church circles in England, in the United States and in other parts of the vast British Empire of that time.

Gandhi, who studied in Alfred High School, Rajkot would most probably have come to know about this poem as a school-boy. He would become more acquainted with it as a student of law in London from 1888-1891, just at the time when Newman’s death, would have left a deep void in the intellectual and religious circles of England. Later, in South Africa, the tremendous impact this poem had on Gandhi, was obvious from the fact that ‘Lead, kindly Light’ held a unique position as the motto of the ‘Satyagraha’ (the force of Truth) movement. On 11 September 1906, Gandhi organised the first ‘Satyagraha’ campaign to protest the Transvaal Asiatic ordinance that was constituted against the local Indians. Again, in June 1907, he held Satyagraha against the Black Act.

There is a deep spirituality yet an unnerving similarity in both Newman and Gandhi which is reflected in the very first verse of the poem:

“Lead, kindly Light’, amid the encircling gloom,
Lead Thou me on!
The night is dark, and I am far from home—
Lead Thou me on!
Keep Thou my feet; I do not ask to see
the distant scene—one step enough for me.!”

Both Newman and Gandhi went through a long and painful process of search, of spiritual discernment asking for light and of conversion, before they unreservedly plunged into the crucial next step in their journey ahead. These ‘enlightened steps’ were indeed turning points: in their lives and in the profound impact it had on the lives of several others.  In 1916, after Mahatma Gandhi had established his ashram on the banks of the River Sabarmati, Ahmedabad, ‘Lead, kindly Light’ had a very special place in the daily prayers of the Ashram.

Gandhi had the prayer translated into Gujarati by Narasimharao Divetia; the initial words read “Premal Jyoti (Light of Love)taaro daakhavi Muj jeevan panth ujaal. Dur padyo nij dhaamthi hun ne ghere ghan andhaar, Maarg suje nav ghor rajanimaan, nij shishune sambhaal; Maaro jeevanpanth ujaal”. For more than thirty years, several of Gandhi’s writings and speeches had a reference to the phrases ‘Lead, kindly Light’ or to ‘one step enough for me’. Once, when asked the reason for his constant references to Newman and the latter’s works, Gandhi was quick on the retort, “he is perhaps the only honest Englishman, I have come across!” On March 10, 1947 Gandhi wrote to Vinobha Bhave, his closest disciple, “in my prayers, I pray to God to lead me from untruth to truth, isn’t it the same idea conveyed in ‘Lead kindly Light’?”

In India, we live today, as the anti-Nazi poet and playwright Bertolt Brecht would say “in dark times”. The country desperately needs selfless and committed leaders – in the mould of Newman and Gandhi -who have the courage, the vision and the ability to emulate their values and strengths. Saint Newman and Mahatma Gandhi were characterised by their spiritual depth and intellectual honesty. As we celebrate Mahatma Gandhi’s 159th birth anniversary and the canonization of John Henry Newman in October, let us resolve to learn from them: the depth to pray “Lead Kindly Light”. In September 1906, Gandhi organised the first Satyagraha campaign to protest against the Transvaal Asiatic ordinance that was constituted against the local Indians. Again, in June 1907, he held a Satyagraha against the Black Act. Our country yearns for Mahatmas and Saints-who have the openness to search for what is right, the transparency which is innate, the humility to discern, the audacity to take risks, and above all, the unflinching courage to stand up for Justice and Truth!

(Fr. Cedric Prakash SJ is a human rights/peace activist and writer. He has worked for years for the promotion and protection of human rights and social justice in India and abroad.) 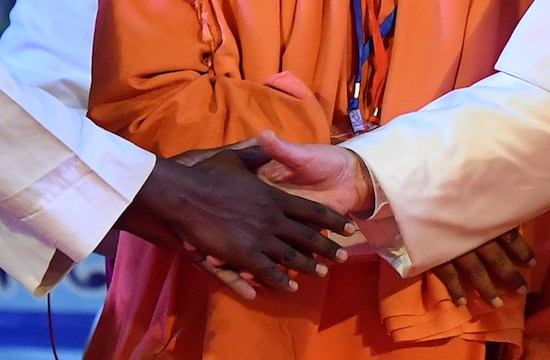 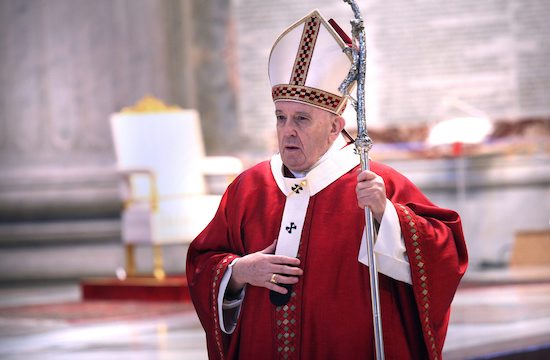 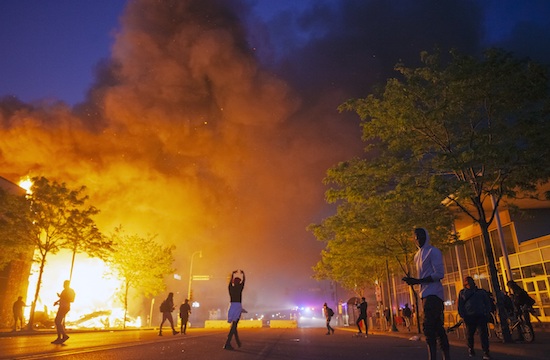 US Catholic bishops "sickened and outraged" by Floyd's death