Obedience to God and the emperor is not the same but is inter-connected.

The Pharisees and Herodians came to “catch” Jesus, to get him to deny either one’s obedience to God or to the emperor. Instead, Jesus catches them by surprise. It is not a choice of choosing one or the other but about choosing one over the other.

Obedience to God and the emperor is not the same but is inter-connected. A Jew may pay taxes to the emperor because it is what the Roman law, that is, the “world” expects from him. It should not, however, turn him away from giving total allegiance to God because it is what God expects from him. The question is: to whom do we give our greater obedience — to God or man?

During the time of the early Church, a question arose. “Will Jesus return as he promised?” “Do we stop waiting for him and go on with our lives?” In other words, “Do we still obey the laws of someone who did not keep his promise?” Here too, is the issue of choosing between the “things of God” and the “things of the world”.

The writer of the second letter of Peter warns believers not to be “carried away by the errors of unprincipled people” who think that this world is all and everything.

There are the “things of God” and the “things of the world”. They are not the same but are inter-connected. We cannot separate or compartmentalise them. But let us be clear. How we live in this world is connected to our relationship with God, and how we are judged by Him at the end of time.

Lord, help me You first in my life.

“Lord, make me a channel of Your peace and be attentive to the needs of those around us” 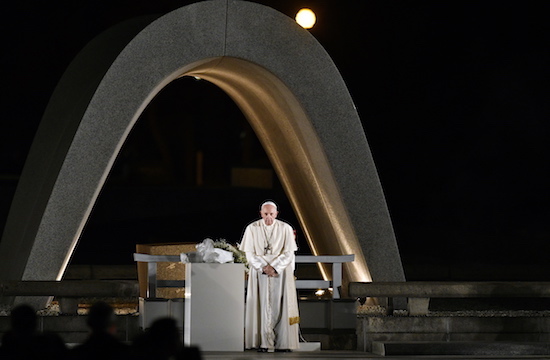 Readings of the Day: Memorial of Saint Bonaventure, Bishop and Doctor of the Church

Lord, I trust in You, You are my God

Churches in Scotland reopen for communal worship on 15 July

Myanmars faith leaders urge country to seek the good of all