Fr. Idiakunnel began visiting the adivasi hamlets in the remote hills to study the systematic, though unfair and illegal, methods of land grab employed by the money lenders. He would stay in their tiny homes, which lacked even the basic facilities, for weeks, to listen to the adivasis narrate their harrowing tales of extreme poverty, exploitation and deprivation.

Give the king your justice, O God, and your righteousness to a king’s son. May he judge your people with righteousness, and your poor with justice. May the mountains yield prosperity for the people, and the hills, in righteousness. May he defend the cause of the poor of the people, give deliverance to the needy, and crush the oppressor. Psalm 72: 1 – 4

The Bible in many ways is a cry for justice as the psalmist’s words indicate. In the case of Joseph Idiakunnel, those words may have been ringing in his soul as he set out to make his way to a mission centre at Zankhvav in the western Indian state of Gujarat soon after his ordination in 1966. The young Jesuit priest, born on 31 July 1932 at Chengalam in Kerala state on the southernmost tip of the country, saw that the poor and needy people instead of getting deliverance were being crushed by their oppressors in this predominantly adivasi pocket that he had come to serve.

The few adivasis or original inhabitants arriving at the mission centre looking for succour told him how their land was being grabbed by the money lenders, most of whom were non-adivasis and invariably members of the dominant groups in the Indian caste system. When the poor adivasis sought petty loans for a marriage or religious ceremony, or even a medical emergency, the money lenders would exploit them by mortgaging their land and charging huge interest rates. They would appropriate the land if the adivasis failed to repay the loan.

Idiakunnel began visiting the adivasi hamlets in the remote hills to study the systematic, though unfair and illegal, methods of land grab employed by the money lenders. He would stay in their tiny homes, which lacked even the basic facilities, for weeks, to listen to the adivasis narrate their harrowing tales of extreme poverty, exploitation and deprivation.

Soon, he realised how their crushing poverty and socio-economic exploitation caused the adivasi lives to be caught in a perpetual vicious cycle. The money lenders would grab their fertile land under the guise of affording a small loan with an interest rate that kept multiplying, beyond their means. “Even if the money was returned, the land would not be returned,” said B. Mathew, who accompanied Idiakunnel on his village visits.

That is why Idiakunnel thought of taking recourse to the law of the land. One provision in the Indian Constitution was indeed very supportive of defending the cause of the poor, and the Catholic priest decided to employ it for a new mission within the Church. This was Article 39 A, which directs the state to “provide free legal aid, by suitable legislation or schemes or in any other way.”

And so Father Joseph Idiakunnel established the Rajpipla Social Service Society in 1975 to help the adivasis regain their lost lands and establish themselves as the indigenous peoples of the forests, which belonged to them. With the aid of law, he set out to prove that the adivasis were original and true owners of the hills and forests, which, if lost, would result in total loss of their very identity.

The Free Legal Aid Project (FLAP) of the Rajpipla Social Service Society had certain specific objectives: to hold meetings in adivasi areas and explain the provisions of laws relating to welfare legislation in simple language; to spread awareness regarding the rights and obligations under various central and state legislations and to promote the will to have these legal provisions enforced.

Many tribals were emboldened to take on the money lenders legally by filing cases against them and as a result they got back their land too. Besides, these tribals got a voice to rise against their exploitation. The 1981 Valia uprising of the adivasi farm workers against their exploiters was the direct result of this campaigning by the Rajpipla Social Service Society. Another example was the Guntaben case, which proved a landmark in Indian legal history.

On the midnight of 5 January 1986 Guntaben and her husband Hannabhai of Devidav village in Narmada district were taken into police custody on suspicion that they had kidnapped a tribal girl. They were pushed into a truck under the guise of taking them to the local police station. But on the way Guntaben was raped by the four accompanying police men. The horrific act was repeated inside the police station. The victim and her fellow adivasis were scared to file a complaint as those who committed the crime were policemen. No lawyers in the area were willing to take up her case.

But Rajpipla Social Service Society decided to take up her case and fought a long legal battle right up to the Supreme Court of India, which not only sent the culprits to jail, but granted Guntaben Rs 50,000 as interim compensation. The Guntaben versus Policemen verdict was unprecedented in Indian legal history and remains so.

The Rajpipla Social Service Society continues to serve the poor adivasis through its network of 14 free legal aid centres spread much beyond Zankhvav, across south Gujarat. It even helps in resolving marital disputes through a process of reconciliation or amicable settlement avoiding divorce as far as possible. This has saved the tribals a lot of money which otherwise would have spent on lawyers who usually fleece them.

But the main impact of Idiakunnel’s legal aid mission was the restoration of the land to the adivasis. Thousands of them got their land back, not only from the money-lenders but also from the government. Through special legislations enacted by the State of Gujarat, huge chunks of adivasi lands were restored to the original inhabitants in the past few decades.

These legislations were the indirect result of the justice movement initiated by the Rajpipla Society to spread awareness about their legal rights among the adivasis. Two legislations were very important in this context – one of 1992 and the other of 2006. The latter legislation facilitated the adivasi to establish his right over a forestland he had been cultivating and if proof is provided he could get up to 10 acres of the land.

The effect of the Rajpipla movement on the wider church is really commendable. More and more priests and religious have begun to study law and quite a few of them have started fulltime legal practice. Rev. Dr. Mathew Kalathil, SJ who worked with Fr. Idiakunnel is a shining example among the priests. He took up the cause of adivasis in the courts at Chota Udepur in Gujarat for more than a decade till his death on 27 October 2005.

Replication of the Rajpipla legal aid programme became a reality in many centres of the Indian church and definitely it can be said that it was the efforts of Rajpipla Society that made legal aid as a method of mission within the Indian Catholic Church. That is why the editors (Joseph Mattam and Kricwin C. Marak) of the book Missiological Approaches in India included as a chapter the article “Free Legal Aid – Reflection on an Experience in Gujarat” by Joseph Idiakunnel.

From among the adivasis themselves, several became lawyers and judges. Trained by the Rajpipla centre, where many young tribals stayed to attend law colleges nearby, their studies supplemented by the lawyers appointed by the Society. Mathew Kalathil was one of the teachers.

It must be noted that based on the legal aid programme of Rajpipla, P. N. Bhagwati, the then Chief Justice of India’s Supreme Court, formulated the national free legal aid policy for the whole of the nation. In fact, this lone Jesuit’s efforts have made Rajpipla a centre of everything that is related to legal rights for the marginalized. The December 1987 international seminar conducted at Rajpipla on “Legal services for the rural poor and other disadvantaged groups” was attended by legal luminaries from India and abroad. It is a testimony to Idiakunnel’s efforts.

Several law students from USA and Europe keep visiting Rajpipla to study the free legal aid activities as part of international internship programmes. In 1994, I was a witness to Joanna Maria Tillberg from Sweden’s Lund University interview Father Joseph Idiakunnel for her thesis, “Politics of Social change through Legal Action”. She later wrote that Rajpipla legal aid “has shown, from a grass-roots perspective, that NGOs using law can play an important role in the upliftment of the poor and disadvantaged. The law can be and is used as an instrument for social change.”

That is the change Jesuit Father Joseph Idiakunnel brought about not only among the exploited tribals but even in the Catholic Church of India during his 25 years of free legal aid movement among the adivasis of south Gujarat. He transformed legal action for human rights into a gospel of justice for the tribals to end “the barbaric ways of their exploitation” as he himself wrote in the book on missiological approaches.

By the time Fr. Joseph Idiakunnel died in a tragic road accident on 11 January 2000, tangible effects of his novel mission were very much a reality in the tribal region of south Gujarat as well as the Catholic Church of India.

Though free legal aid was not an accepted way of apostolic work within the Catholic Church, the founding of the Social Justice and Ecology Secretariat (SJES) by the Society of Jesus in 1969 and the 32nd Jesuit General Congregation’s unusual emphasis on “service of faith and promotion of justice” by focusing on “faith that does justice”, gave a boost to Idiakunnel’s legal aid vision for the adivasis of south Gujarat.

It must be noted that in 2019 when the SJES celebrates its golden jubilee, the Society of Jesus had 56 Jesuit martyrs who were involved in faith that does justice. Whether Idiakunnel who faced a lot of opposition from different quarters and died in a suspect circumstance can be added to this list is a matter of conjecture. After his death, the noted Catholic writer from Gujarat Joseph Macwan wrote that “politicians and government authorities brought so much pressure” on Idiakunnel and his legal aid movement, but commended him, for “he stood like a rock amidst all the opposition”. 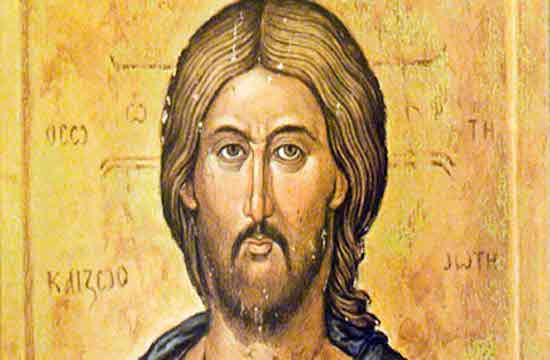 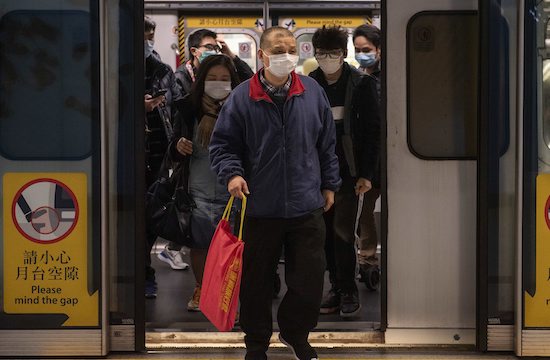 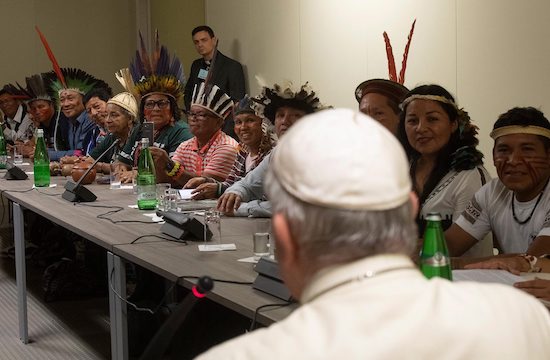